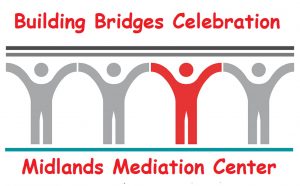 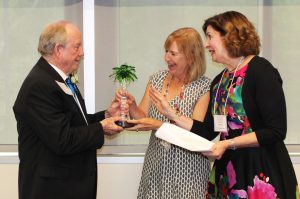 The award recognizes individuals who are “champions of justice by working for reconciliation and peace and by transcending the barriers of social class, belief systems, racial status, and gender.”

Ed is currently enjoying his status as Partner Emeritus with Nelson Mullins Riley & Scarborough LLP.  He is well known for his work to improve the   American justice system as well as his leadership and involvement in a wide variety of both professional and community organizations.  He has been a Midlands Mediation Center volunteer mediator in both magistrate and family court since 2010.

He  received the Midlands Mediation Center’s McKay Brabham Award as an outstanding and determined champion of justice, during the short program.

About our Magistrate Court-related Mediation:

Ten years after the S.C. Supreme Court order that established a pilot program for mediation in Richland and Lexington Magistrate Courts, the Midlands  Mediation Center continues to provide volunteer mediators in cases for claims under $7,500 where a jury trial has been requested.  In addition to reducing the initial backlog of cases, the program has consistently received positive feedback from litigants, who report a high degree of satisfaction with the neutrality and effectiveness of the mediators.